Finalists for the IFOY Awards 2019 are announced

The finalists for this year’s IFOY AWARD (International Intralogistics and Forklift Truck of the Year) are nominated. From the pool of applicants for the seventh round of the world-renowned award the jury will send 15 products and solutions from a dozen manufacturers into the race for the best products and solutions of the year. 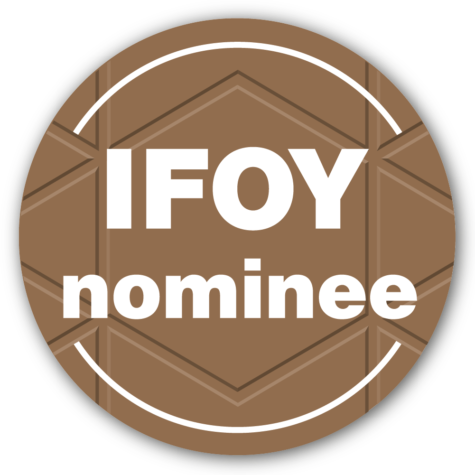 The brands Cargometer, Clark, Combilift, Hubtex, Jungheinrich, Raymond, SAE, Still, Torwegge and UniCarriers want to win the award in 2019. For the first time in the history of the IFOY AWARD products from ProGlove and Trône Seating were nominated by the jury in a separate startup category.

The competition will soon enter its second round: The finalists have to undergo the IFOY audit at the international IFOY TEST DAYS at the beginning of March at the IFOY partner CeMAT’s exhibition grounds in Hannover (Germany). In the IFOY Test experts measure the key figures of the finalists in a standardized procedure. In the IFOY Innovation Check renowned scientist assess the innovation value of the nominated products and solutions. This is carried out by specialists from the Dortmund Fraunhofer Institute for Material Flow and Logistics (IML), the Chair for Technical Logistics at the University of Dresden, the Chair for Materials Handling, Material Flow and Logistics (fml) at the Technical University of Munich and the Chair for Machine Elements and Technical Logistics at the Helmut Schmidt University in Hamburg.

As a highlight of the IFOY TEST DAYS jurors from all over Europe, Australia, Brazil, Russia and the US will travel to Hannover to inspect and test the nominated equipment. Among other things the innovation value, technology, design, ergonomics and handling, safety, marketability and customer benefit as well as economy and sustainability will be evaluated. The jury consists of 29 renowned journalists from leading logistics media in 19 countries.

“A golden rule of the IFOY test series is: The finalists are not compared with each other in their respective categories but with their rival trucks or machines on the market. Only those nominees who outperform their direct competitors in terms of innovation have a chance of winning the trophy,” explains Anita Würmser, chairwoman of the IFOY jury.

The trophies will be awarded on April 26 2019. As the IFOY organisation already announced in 2018 the IFOY AWARD Night will take place for the first time in the Hofburg in the Austrian Capital Vienna. In cooperation with LOGISTIK.Kurier and the Austrian Chamber of Commerce the award ceremony will take place during the gala of the Austrian HERMES Transport.Logistics.Award. More than 600 international guests are expected in the traditional Great Festival Hall in the Hofburg among them leading persons in transport, logistics and intralogistics. Until then the result will remain a secret – for both the finalists and the public. 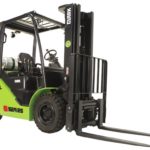 In the counterbalanced truck segment the Clark S25 gas driven forklift with a lifting capacity of 2.5 tons has been nominated for the finals. According to Clark the S-Series offers low total cost of ownership and significantly higher comfort. The three s (smart, strong and safe) are the core characteristics of the completely newly developed model, says the American manufacturer. 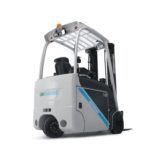 The second nomination goes to the TX3 three-wheel counterbalanced truck from UniCarriers. The vehicles in this series have a load capacity of 1.3 to 2.0 tons. The electrical machines are characterised by low energy consumption, clever ergonomics and high handling efficiency. 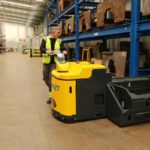 Three devices were nominated by the jury in the ‘Warehouse Truck’ category. The Combi-PPT from the Irish manufacturer Combilift is a robust pedestrian pallet truck with a load capacity of more than 8.000 kilograms. The high-performance vehicle, which has been developed to replace large and cumbersome ride-on forklifts, wants to impress with a good view on the load, optimum safety and manoeuvrability as well as efficient operation in the narrowest area. 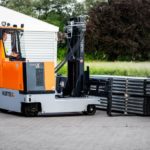 Hubtex wins the second nomination in this category. The MaxX electric multidirectional sideloader from the low-price segment is designed for handling long loads in narrow aisles. For combined indoor and outdoor use the 4.5-tonne MaxX is a good alternative to diesel-powered trucks, says the manufacturer. Interesting details are: a large cabin, a clear-view mast, a patented HX steering system and a hydraulic level adjustment from Hubtex. 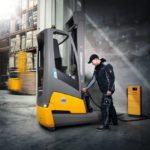 Manufacturer Jungheinrich enters the finals with the ETV 216i. The truck is not only the world’s first lithium-ion reach truck, yet it is also the first electric industrial truck with integrated lithium-ion technology as a standard feature. Advantages for the user: short charging times for quick and intermediate charging, maintenance-free operation, longer lifetime and a completely new vehicle design due to the elimination of the battery compartment. 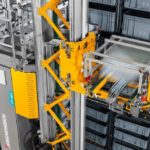 The second nomination goes to Still for the automated LiftRunner with LTX and automatic loading and unloading. For the first time the automated tugger train from the Hamburg-based company combines automated transport with automated load handling in production supply. The device combination aims to impress with high process reliability, simple operation and low implementation costs. Innovative detail: The LTX 50 electric tractor pulls trailers with a total weight of up to 5,000 kilograms track-safe through production plants. 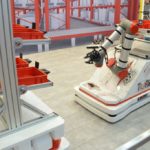 Nomination number three wins the MANIPULA-TORsten (TOR-sten meets friends). Thanks to its flexible modularity the device can be used, among other things, as a combination of a self navigating Automated Guided Vehicle (AGV) and a robot. For the IFOY scenario 2019 the AGV was equipped with a manipulator and thus becomes a mobile picking robot called MANIPULA-TORsten. An integrated inductive loading system increases the availability of the system. 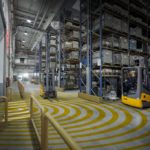 In the Software category a nomination for zoneCONTROL goes to Jungheinirch. The tool is a modular, radio-based assistance system for local control of the causes of faults in intralogistics. Extensive information and intervention options in the warehouse and on the vehicle can be freely combined with each other and adjusted vehicle-specifically. This results in tailor-made solutions for a wide variety of applications. 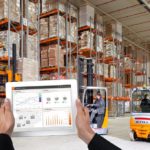 Still wins a second nomination for the new fleet control system ‘neXXt fleet’. The web portal comprises nine different web applications (apps) that can be used to merge data for fast analyses and optimization measures. The responsive reporting tool not only evaluates data but also automatically reminds the user, if costs or deadlines are exceeded or if maintenance and testing deadlines are due. 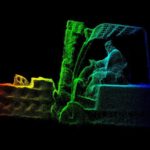 Also nominated: the IFOY newcomer Cargometer. The CARGOMETER tool of the Austrian company offers freight measurement “on-the-fly” on moving forklifts. This means that the dimensions, weight and barcodes of packages are captured without stopping directly as an industrial truck passes through the loading gate and digitally transferred to the customer’s system. The solution for freight measurement enables correct accounting of the freight space and optimisation of fleet capacity utilisation.

Special of the Year 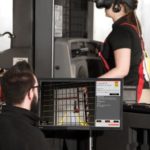 3D is the theme of the special category 2019 in which the American manufacturer Raymond Corp. has won a nomination. Its 3D Virtual Reality Simulator is specifically designed to train forklift operators to check and improve skill levels. As an industry innovation the tool is mounted on a Raymond forklift truck and connected to the company’s sPort (Simulation Port) to create a realistic learning environment for operators. 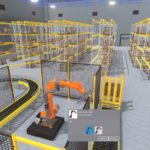 The jury also nominated SAE. The SAE 3D VR CPQ (Configure Pricing Quote) tool is a software tool for the realistic configuration of all kinds of 3D intralogistics systems and products, for pricing and for preparing quotations. According to SAE this application is a world innovation that combines all intralogistics products. The visual configuration process makes intralogistics planning tangible and creates a high identification of the customer with his or her individual product already in the offer phase.

Startup of the Year 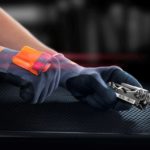 For the first time in IFOY history two startups will 2019 compete in a category of the same name. ProGlove has developed a smart glove that replaces the conventional scan pistol. Employees in the manufacturing and logistics industry can work faster, safer and more ergonomically, thus significantly increasing efficiency. Each work step can be documented freehand and a direct feedback can be given directly from the intelligent glove to the user. 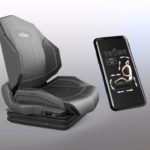 Also nominated is the Dutch startup Trône Seating. The TRÔNE forklift seat is an ergonomic memory seat that is automatically adjusted to the personal sitting position by each driver with up to five motors. In addition to the memory function for an infinite number of drivers the software provides additional information on the use of the chair and the driver.