With the DQX Hubtex was unveiling for the first time a new generation of fourway sideloaders for outside use at CeMAT 2016. The first vehicle of the new generation is the DQ 45 X. The highly ergonomic cabin, a new steering system and various driving modes make for maximum user friendliness and energy efficiency with a load capacity of up to 4.5 t. The DQ 45 X is the first loader of the new product series which will be presented to the general public successively in the coming months.

All new developments have concentrated on the driver; the new cabin and mast design are among the highlights of the new series. The ergonomic cabin provides improved leg room and the greatest all-round visibility of his class during transport and loading, according to the manufacturer. 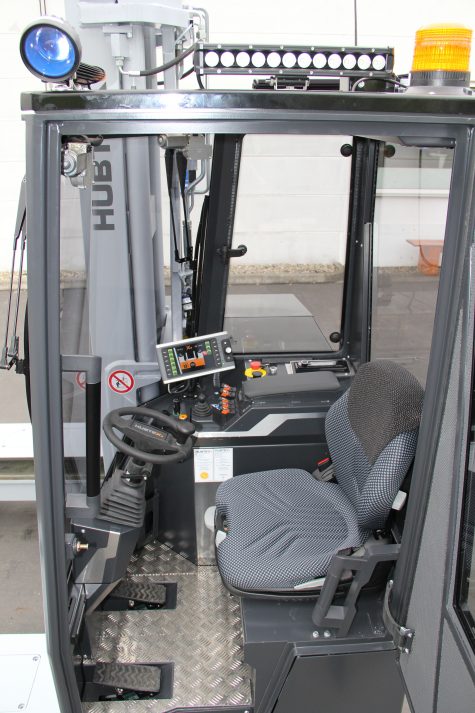 visibility is enhanced essentially by the newly developed clear-view lifting mast and the compact fork lift. The new arrangement of windscreens with reduced reflection also helps achieve optimum visibility. The driver is not distracted by reflections in the windscreen and can concentrate fully on the job.

In addition a highly interesting feature of the Hubtex fourway sideloader is its newly designed steering system. Hubtex had already introduced this at the end of last year in the preceding series and has now incorporated it in the new vehicle. The company has increased the steering lock by 20°. This means that the DQX can travel in a substantially tighter turning circle. In addition the switching times from longitudinal to transverse travel and vice versa have been considerably shortened. During normal driving mode the time for a change in direction is cut by as much as 40 percent. The optimisations enable the user to achieve a substantially faster goods handling and gives him greater manoeuvrability. 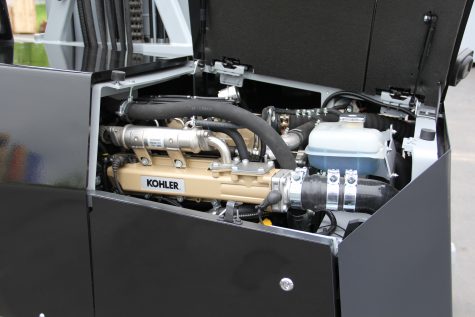 Users of the new 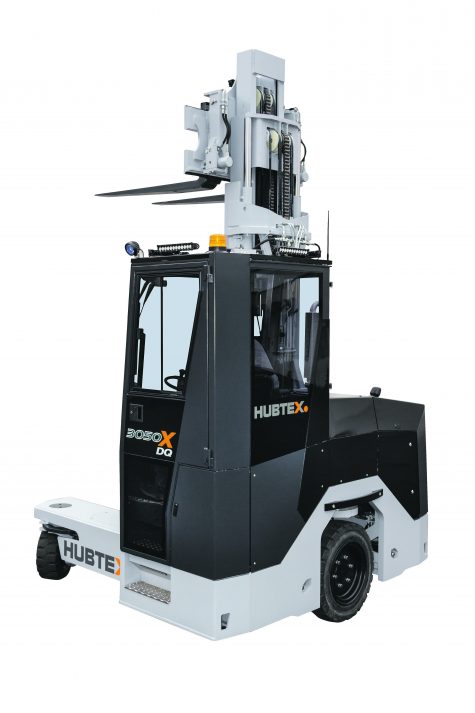 fourway sideloader can choose between different driving modes depending on the job at hand. The new eco-mode makes for particularly energy-saving operation. Due to an intelligent vehicle control system, the pumps are provided with only that quantity of energy for cooling that is needed for the fulfilment of work. This saves fuel and also the noise level of the vehicle is clearly reduced. The new engine is an exhaust-reduced and noise-optimised turbo engine which meets the criteria of the emissions standard Tier 4 final / EURO Stage III B. Compared to the previous engine the emissions are down by 30 percent. In addition the diesel-powered DQX – just like the Hubtex electric loader – has driver assistance systems which enhance safety: for instance it automatically travels more slowly around bends or with elevated load. Loader drivers work with greater energy efficiency, more quietly and highly ergonomically when using the new DQX.